The Inherent Violence Of Nonviolence 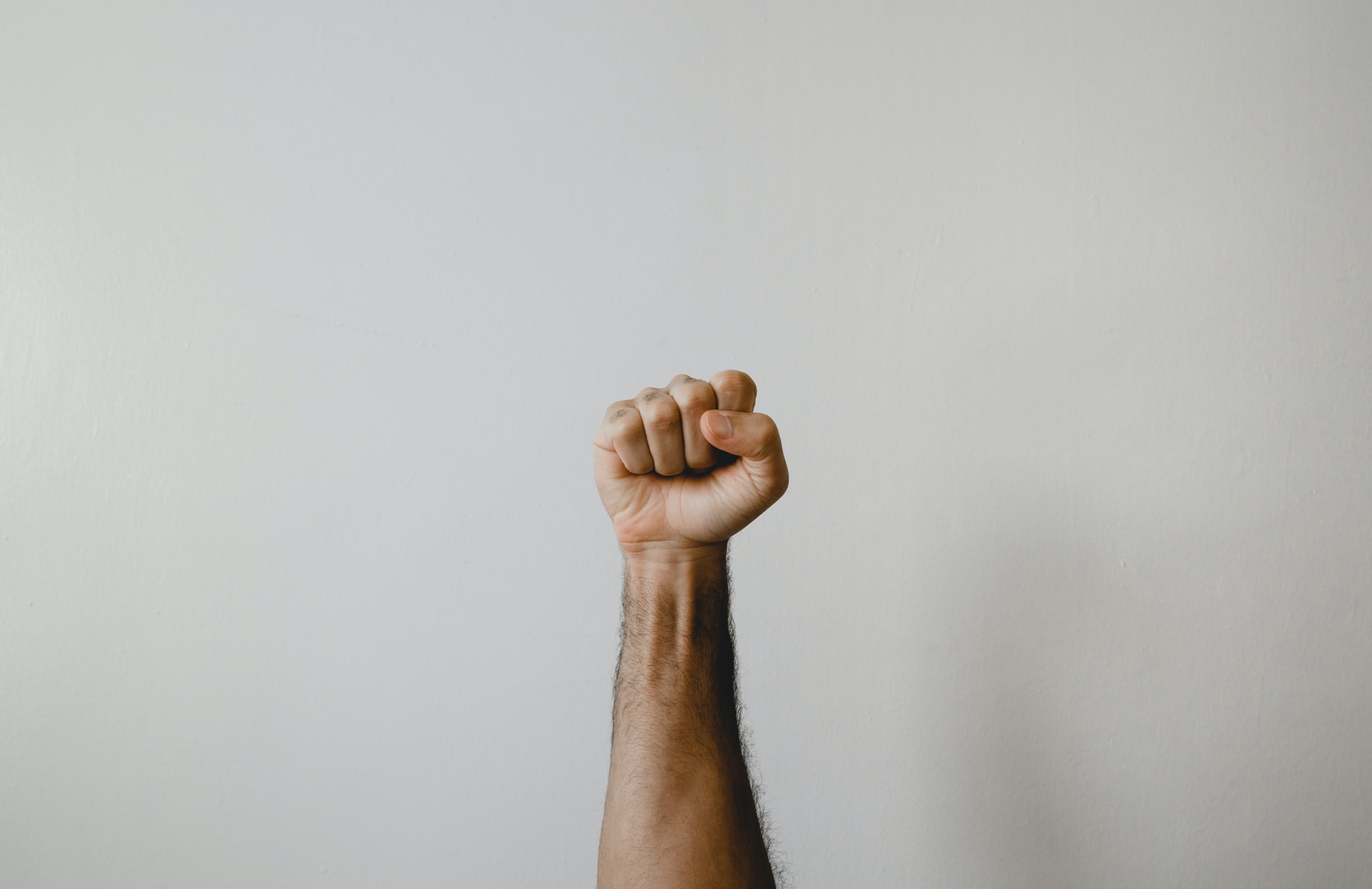 As the events of the last few days and weeks have unfolded, the world seems be bifurcated (yet again). There are those who decry the violence shaking our communities, choosing to focus on the actions of rioters and looters and their impact on “defenseless” neighborhoods.

Then there are others that are convinced that — after centuries of state-sponsored violence against marginalized communities — force is the only solution. This ideology hinges on the notion that human life is worth more than property and that no amount of damage is worthy of the death penalty.

My aim is to not take sides but to explore what few seem to be saying. It is my belief that nonviolence and non-violent protests are only powerful because of the implications of violence buried within them. Allow me to explain.

Chemistry is where we can find a close parable. Think of a chemical reaction — a model volcano experiment perhaps, or dollops of vinegar on baking soda. There is a pause, a hiss, and an almost immediate response. The explosion, the gush of lava, these are what define a reaction. We tend to view the experiment from a systems perspective while masking over the individual complexity underneath.

On a more quantized level, this reaction is caused by the interaction between several billion atomic particles. Each its own entity — swirling in a primordial, protonic soup of standardly modeled elements. The big picture of lava spilling over the crater's edge is only the end result, an aggregate sum of individual interactions.

For this sum to build and create a systems-level change (i.e. the explosion), a large enough reaction must be catalyzed. It's not enough for only a small portion of the atomic particles to interact — the number of interactions must pass a certain threshold level or find a sufficiently low-energy pathway in order for the whole to change.

Borrowing from neuroscience, let's call this path or threshold the reactions "action potential". Systemic change occurs when the volume of interactions exceeds this action potential.

What does this have to do with nonviolence?

On a social and societal level, we can think of each individual and collective as having an action potential — a very real potential to take action. Action requires energy, it requires commitment, focus, and attention. In a fragmented world, pacified by infinite hours of consumable content and throwaway consumption, to take action requires a substantial amount of discomfort. Something really has to drive you out of stasis.

Put simply, if a mountain looms ahead, most of us would prefer dynamite over trekking poles.

Unlike atoms and the relatively crisp, clean world of science, humans are messy. Whereas we can count on sodium and chlorine to interact the same way — to always have the same action potential — that ground truth goes out the window in any social context.

Each of us has a different action potential for every major (or minor) societal problem that surrounds us. As an example, my reaction to the mistreatment of animals in factory farms may be very different from yours. You may be convinced to go vegan from a singular Netflix documentary whereas it may take an infinite PETA budget to affect my response. See also: humans are complicated.

A protest is a result of enough individual action potentials being surpassed, such that the protesters collate into a collective. The current climate — let's call it the "current potential", must exceed the individual's action potential in order for someone to gain admission into the collection.

Of course, this current potential is also a perceived value and unique to each individual. I may perceive the problem of factory farming to have a vastly lower current potential than you do. Most people have very high action potentials for most issues, making it very difficult for worldly events to sufficiently increment their current potential.

The more narrow the issue, the fewer the people seeking admission to the collective. These are the "niche" social causes if you will. The broader the issue — take the holocaust, for example — the lower the action potential. You'd be hard-pressed to find many people who turn a blind eye to Nazi ideology being spouted in the streets.

Each person's action potential is shaped by a variety of factors. Education, personal experience, culture, values, beliefs, the list goes on. The more a "truth" is drilled into us in one of these areas (whether formally in school, less formally through familial upbringing, etc.) the lower our action potential becomes when that truth is violated.

This brings us to the crux of the argument.

Any singular issue, whether Black Lives Matter, climate change, or even your local school board election, requires individuals to have a low enough action potential relative to their perceived current potential. This means that the collective — the group spurred to action — never becomes exceedingly large. While conventional media would have you believe every other person is on the streets, pining for change, the truth is those vocally demonstrating are an extreme minority. Those engaging in violence are a smaller minority still, even amongst the larger collective.

Data shows that even 3.5% of a population engaging in sustained protest for a cause is enough to cause societal, or at least governmental, change (source). If the numbers were as large as our perception, then change would have come a long time ago and the group would have little reason to exist.

Instead, what many of these collectives tend to do after the passion of immediate action has passed, is to try and weave their message into our education system, our culture, and our values. In this manner, they play the long-game. A game aimed at lowering the action potential of society as a whole (for their cause), driving progress via incremental change.

But these are long-games, games played out over decades - centuries, even. These games give the existing power structure plenty of time to adapt. To understand how to use these causes to their advantage, and to work them into the "system".

To illustrate, while women's rights movements (especially equal employment statutes) are unthinkable to question now, consider how it benefited the existing power structure. By implementing non-discriminatory employment policies, corporations would no longer be in the doghouse of society for hiring women, minorities, or other marginalized groups.

While this has caused us to progress as a society in infinite ways, the rapid effect was a shift of the supply curve for labor out and to the right via a sudden and pronounced exogenous shock. The results of the shock were dampened wage growth for labor, in addition to providing corporations with an effectively second-class worker who could be paid (and continues to be paid) less for every dollar that existing labor had made.

What the existing power structure fears, more than anything else, is sudden and drastic social change without adequate time to understand how they may exploit the situation.

This is where non-violent protests derive power and effectiveness — not from their inherent nonviolent nature, but from the threat of drastic and sudden social change that attempts to subdue them may bring.

For any individual cause the number of people willing to go out, march, scream, or sit-in may be minuscule. The current potential may be too low for much of society to notice. But what people, especially in the traditional "western world" do notice are peaceful protests met with an abundance of violence.

In reality, while we in America are fond of bringing up the constitution, due process, and amendments galore, we should not forget that our tax dollars have gone towards funding, constructing and refining a war machine. From ultra-militarized police to the world's strongest and most capable armed forces, the military-industrial complex has the capability to nip any impassioned social warriors in the bud before their ideas even have a chance to sprout.

The danger of openly using violence against peaceful protestors, however, is that the issue itself shifts. From climate change or racial justice, the new matter at hand becomes the government response, the right to freedom of speech and assembly, the right to bear arms or any one of our favorite amendments. The more violence that is used against nonviolent protestors, the more these alternate issues become the center of attention.

Many of these alternate issues surrounding personal freedom form the foundations of American political education and ideology. It's beaten into us — from the Boston Tea Party ("no taxation without representation!") to the second amendment ("to protect ourselves from a tyrannical government!") and therefore the action potential for these issues is far lower than any niche cause.

Mobilizing people in defense of the first or second amendment is a far easier task than many of the social causes we face in society today.

The greater the number of people who are moved to action —  willed to power if you will — the more the existing power structure is threatened. Notice on the news how quickly the police, the senators, or the corporate opines are to justify even the smallest violent action from the government by saying "well, it was past curfew!", "they should never have been on the highway!", etc.

These are nothing more than methods to avoid, at all costs, the narrative of tyrannical government oppressing rights that a far larger social group holds sacred and to avoid a call to action within these larger swaths of society.

As the collective grows and larger groups are mobilized, the ability to control or subdue them shrinks. The minority within the collective spurred to violence grows. The threat to the existing powers is magnified. The potential for sudden and violent change multiplies. The situation looks grim.

It is for these reasons — the potential for violent, unpredictable, and radical change should they be put down — that I believe nonviolent protests get their power. Yes, other factors such as the ability for far larger segments to join nonviolently (not everyone is cut out for guerrilla warfare) plays a factor and public sentiment surely has an impact, but the underlying truth is that meeting nonviolent protests with violence or forcibly ending them has the potential to cause calamitous social change with far larger disrupts to the existing "system" than simply allowing the nonviolent protests to continue and responding with a modicum of violence relative to what is possible.

Keeping the issues and the collectives small, narrow, and highly divided is the primary goal of those in power. Large groups, collaborative collectives, and united people pose a far larger threat to the system than any single protest or cause.

Sowing the seeds of division and deflecting from the true causes is a worn-out strategy and it is high time we leveraged the power of nonviolence and it's violent backing, of reaching across the aisle, of listening and of empathy to combat it. Change never just happens, it is crafted, directed, and engaged.