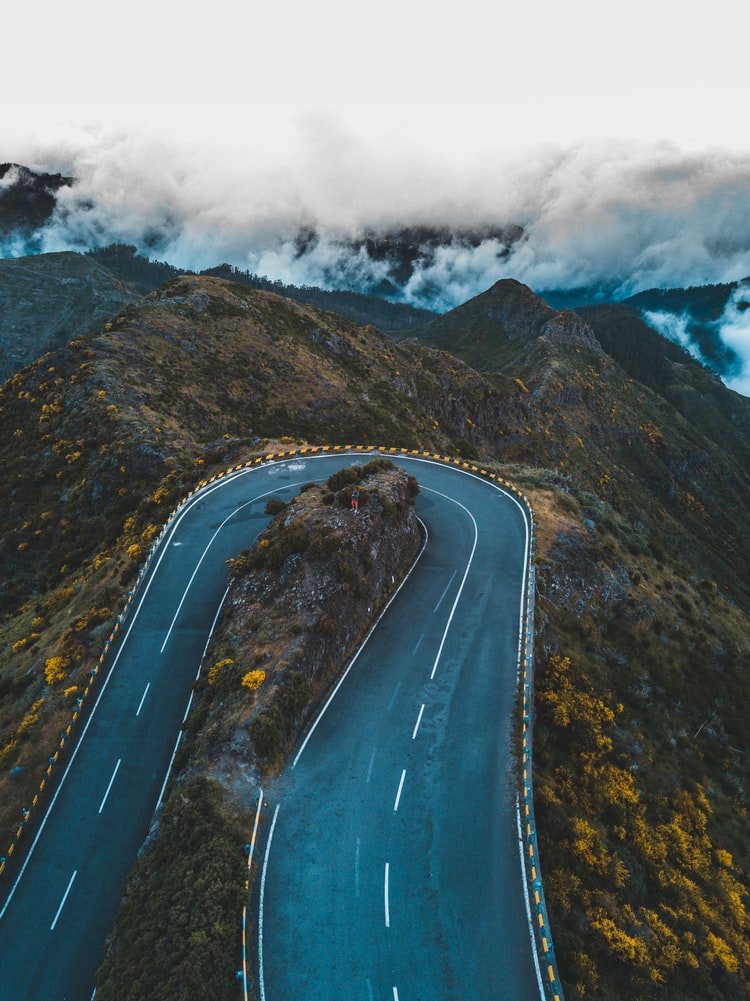 It seems that paradigm shifts and earthquakes have a lot in common.

They both start as low rumbles — as whispers perhaps, passed around renegade minds. Then bit by bit the rumble grows louder, turning heads on street corners and rattling the lampposts of society. Largely ignored but drawing closer scrutiny from the masses. Slowly, slowly, and then all at once the shockwave hits and the Before Times become hard to imagine. The landscape has shifted, jagged crevices carved into what used to be — most times in ways no one saw coming.

Fire is the canonical example, as was the invention of the wheel (which has a fascinating history). Stirrups were, perhaps, another. Irrigation systems, steam engines, flying metal death traps (see also; planes), AC/DC, are still more.

What separates paradigm shifts from incremental innovation (which is no less spectacular and indeed is a birthing route of revolution) are the platform changes that they bring. Where before there was one way of thinking, after the quake there is another. In many ways the two ways of thinking are in opposition to one another. It’s simply not possible to go back, in the same cliched way that a mind once expanded by an idea cannot regain it’s original shape.

The shifts we can most easily identify — the ones that have occurred in or around our lifetimes — mostly have to do with the communications revolution. Since the birth of the telegraph, communications has been on an exponential tear. Were we to graph the changes in speed and density of communication through time, it would make Moore pale in comparison.

Metcalfe’s law, Reed’s law and other such “laws” of networked connectivity have come up describing the value of ever-growing networks (highlighting their abundant value, though Zipsf's law does provide some nuance). Ubiquitous connectivity. Sharing at the speed of thought. Or at least, sharing at a speed only limited by our physical faculties and connections.

Like any innovation, communications paradigm shifts also follow an S-curve. Where we fall on this curve is anyone’s guess, but it seems we are reaching the physical limits to human perception. Optimizing a website now means reducing page load from 3 seconds to 2 seconds. Or selling out to Google and making it AMP. High frequency trading algorithms can carry out millions of trades in the time it took you to read this sentence. We’ve demanded more, more, more. Not later, but now, now now. And a perfect storm of innovators and financial engineers have been all too happy to give it to us.

But what comes next? This is the question on my mind, right alongside folks far more intelligent, across disparate industries and fields.

The trouble is that by their very nature paradigm shifts are hard to predict. Even when predicted, they are difficult to effectively capitalize on. The same way seismologists can sense the impending arrival of an earthquake but can’t tell exactly when it will strike, how much damage it will do and what the world will look like in it’s wake.

Sometimes it is easy to forget the progress made in the last millennium of human evolution. We have seen an unprecedented value being placed in science and human agency. These concepts moving from a “nice to have” over to an increasingly equal pillar of faith.

What I mean is, as recently as a few hundred years ago our attitude towards worldly occurrences was largely fatalistic. The Black Death was seen as a curse from God amongst the religious, or an imbalance of humors. The best scientific explanation at the time was that of far-flung planets orbits coming in marginally close contact. Seeing as to date humanity has had little impact on the wills of Saturn — fatalism.

Compare that to our response to COVID-19, and in a few short (evolutionarily speaking) years the sentiment has evolved from “we are cursed by the Gods” or “what bad luck was wished upon us by the stars?” to “when will a vaccine be ready?” and “how do we create a cure?”.

While in our darker moments the will to power that we possess can manifest in cruel and destructive ways, it can also be the harbinger of massive progress. Societal trust and, indeed, faith being placed in the hands of scientists, engineers. Builders and progress-makers. Science and technology transitioning from the jester to the throne itself.

Back to the point, the next paradigm shifts are going to be hard to predict for the tautological reason that they are paradigm shifts. They don’t knock. As William Gibson puts it “the future is already here, it’s just unevenly distributed.” The challenge becomes maximizing your chances of being a part of the mode in the scatter plot.

How do you do this? While the answer is that there is no clear answer, I believe it comes down to a few key things:

These are the things I’ve been striving for lately. It’s both my understanding and my hope that over a compounded period of time that they will maximize the surface area for whisper catching. The biggest thing now — to make sure one lives with your ears wide open.